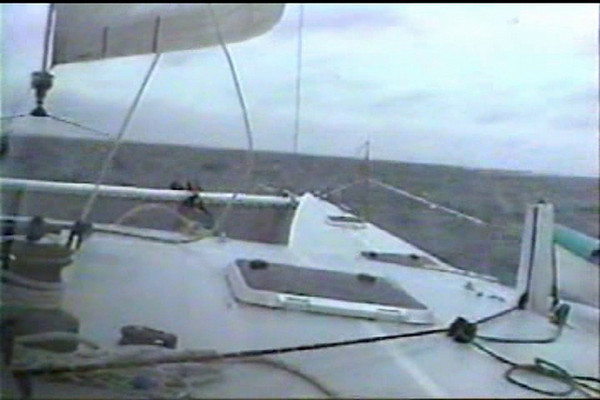 Atlantic 42, "LightSpeed".
The first video segment was taken by John Franklin close reaching in 20+ knots of wind. John owned LightSpeed from 2001 to 2004, then bought the A55 "Spirit".
The second segment of LightSpeed sailing with spinnaker was taken by Chris White from the deck of the 52' trimaran "Juniper" in Buzzards Bay, in September 1999.
The video format of these segments has been converted so many times that the quality is poor, sorry about that.